In order to transport the gene-drug to the cell, the scientists use a special vehicle, the vector.

What can easily penetrate into an organism ? Response: Viruses. Scientists have used nature for an inspiration to develop vectors capable of penetrating a large number of cells and depositing the gene-drug in the interior of these cells.

The majority of vectors have therefore been developed from viruses. 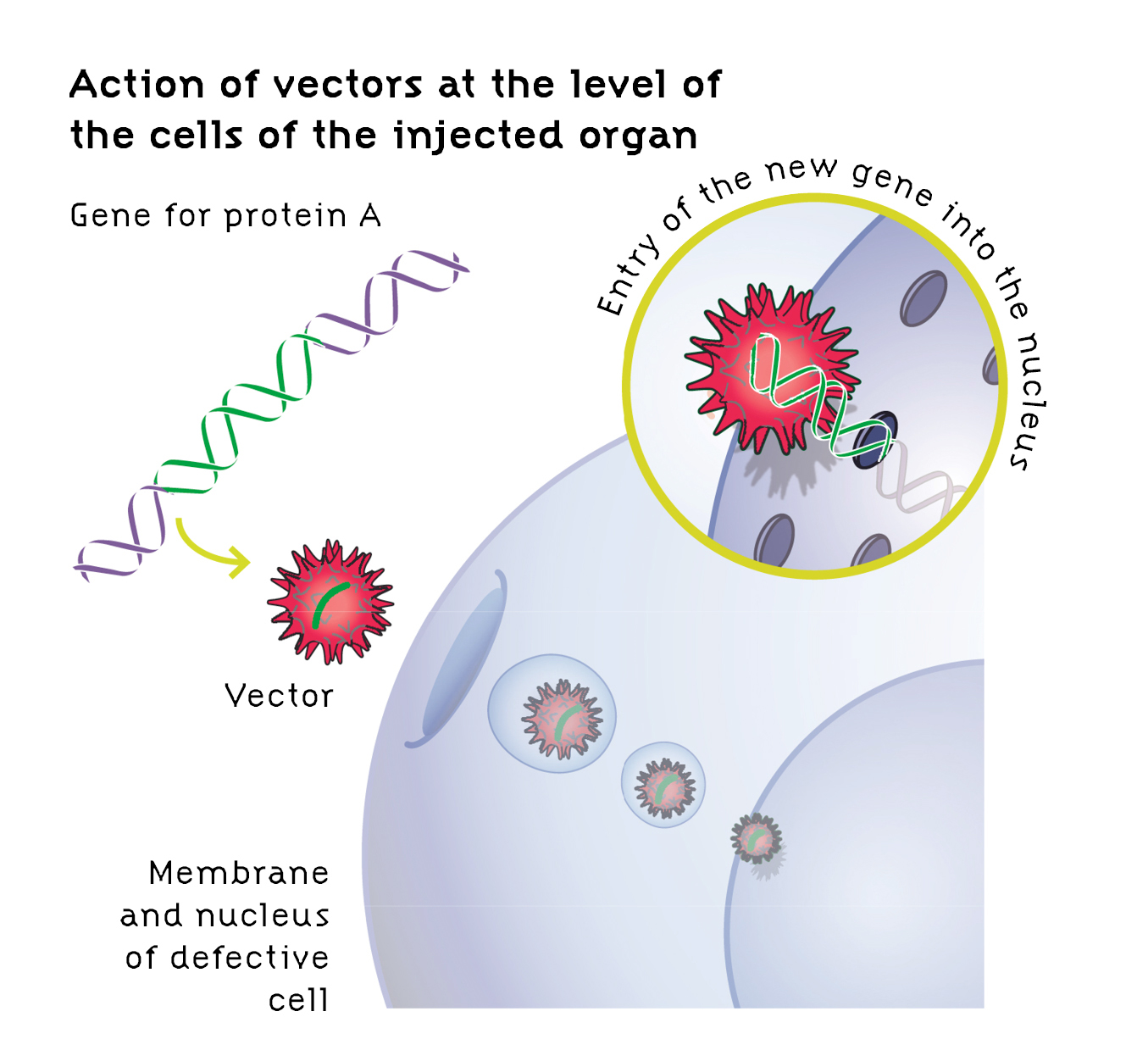 Scheme to be translated in coming. We apologize for the inconvenience