Cell therapy consists of transplanting cells to repair or regenerate a damaged organ or tissue. 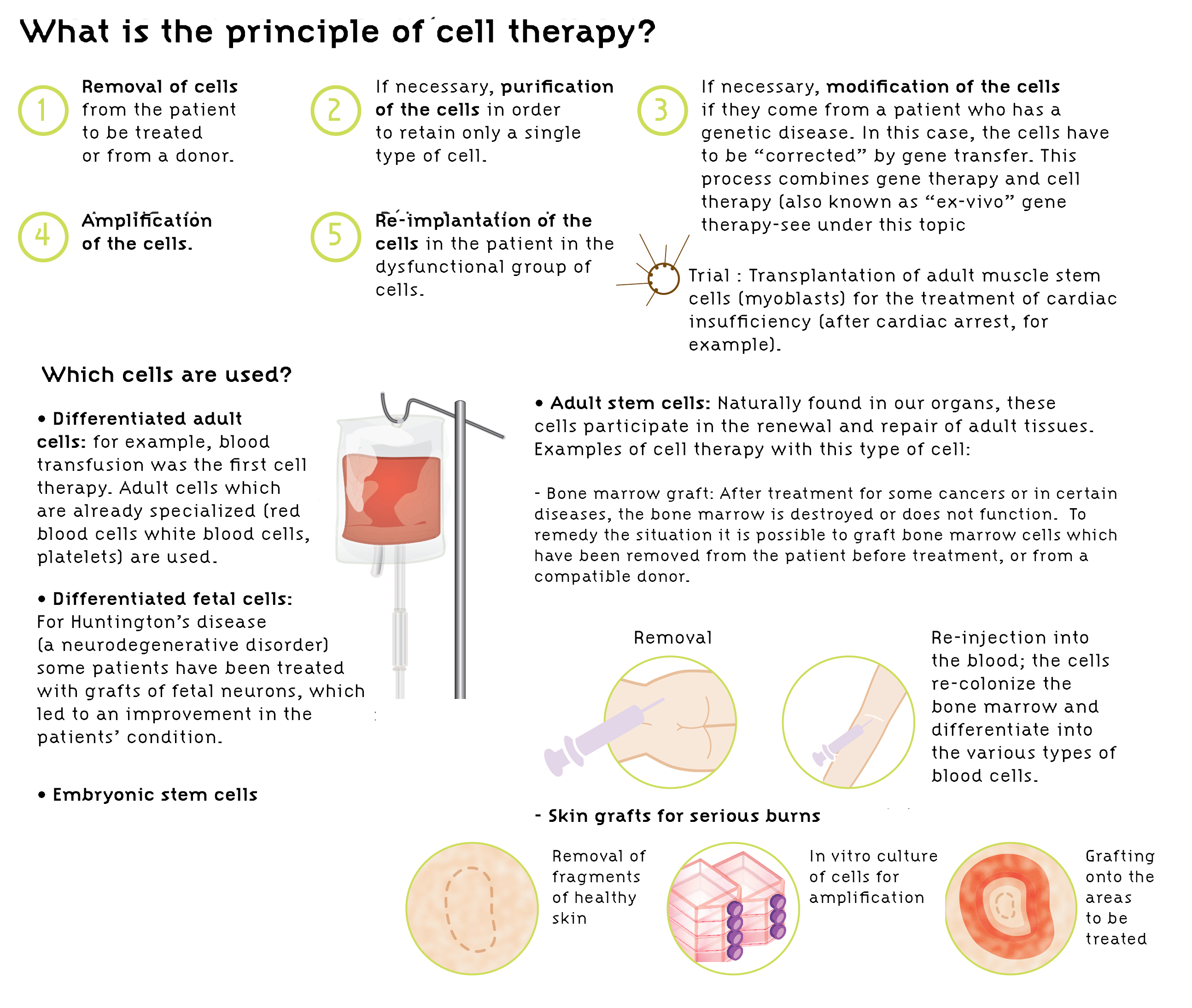 A human being is composed of 60 000 billion cells, each of which has a precise function. Skin, heart, liver, brain, etc. There are 230 types of cells. Some of them, such as those of the liver or the surface of the intestines, are capable of reconstituting the tissues when they are destroyed. But this is not true for all organs. If we lose too much blood, if a large portion of the skin covering the body has been burned, or if a patient has a neurodegenerative disease, our body has trouble regenerating these cells and tissues.

To reconstitute these damaged organs and tissues, scientists are trying to use stem cells, the cells of the organism which are capable of multiplying and of regenerating tissues. Bone marrow grafts and blood transfusions can be considered as the first cell therapies. After treatment of certain cancers or other diseases, the bone marrow, which manufactures red blood cells, white blood cells, and platelets, is no longer functional. To remedy the situation it is possible to graft bone marrow cells which have been removed from the patient before treatment, or from a compatible donor.

Utilization of the potential of embryonic stem cells represents a major hope for rare diseases. In 2009, groups from I-Stem succeeded in reconstructing and epidermis and then a pigmented epidermis from embryonic stem cells. The objective of the scientists was to create an unlimited resource of cells for the treatment of rare skin disorders, but also burns and ulcerations.

Cell therapy can also be utilized to repair cardiac lesions due to infarctus of the myocardium. Several clinical trials utilizing adult stem cells (mesenchymatous cells) and one trial using embryonic stem cells should begin in a few months.