Genetic diseases are hereditary. They are caused by a defect in one or several genes. What is a gene, in fact?

The color of our hair, our eyes, the shape of our face, the function of our organs, of our muscles. All these characteristics that  define us are coded by our genes which are situated on our chromosomes. Genes contain the information to construct a human being, or any other living organism.

Humans possess 23 pairs of chromosomes, to make a total of 46. For each pair, one chromosome comes from the father and the other from the mother. The chromosomes of a given pair contain the same type of information. Each chromosome is composed of a filament in the form of a double helix: this is DNA, deoxyribonucleic acid. It is composed of 4 nitrogenous bases: A for adenine, T for Thymine, C for cytosine an G for guanine. The bases are arranged and connected to each other in a very precise order. There are billions of possible combinations: this is why were are all unique in terms of genetic inheritance, with the exception of identical twins. This DNA is composed of segments—each segment is a gene. Humans have about 25 000 genes. 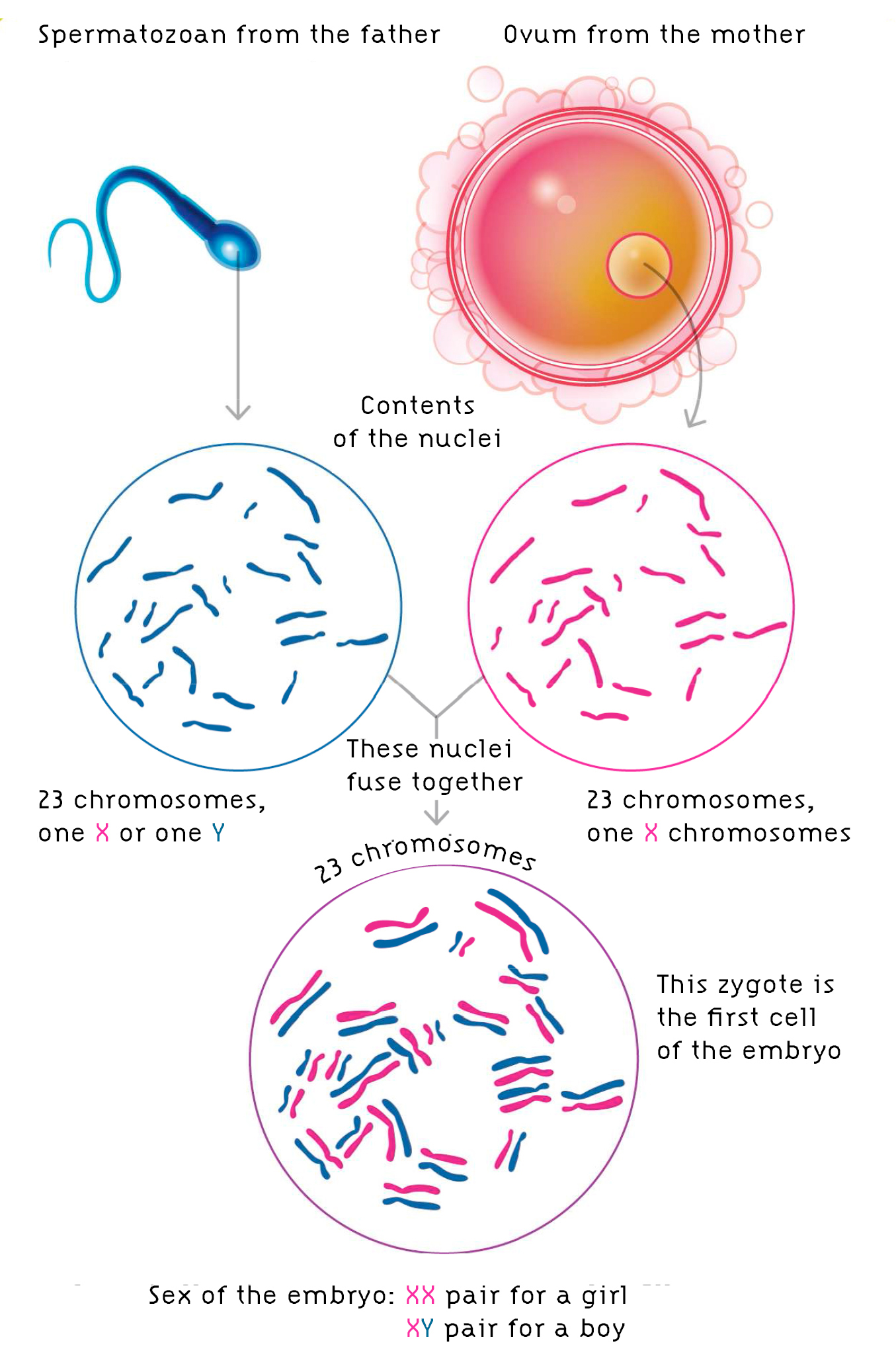 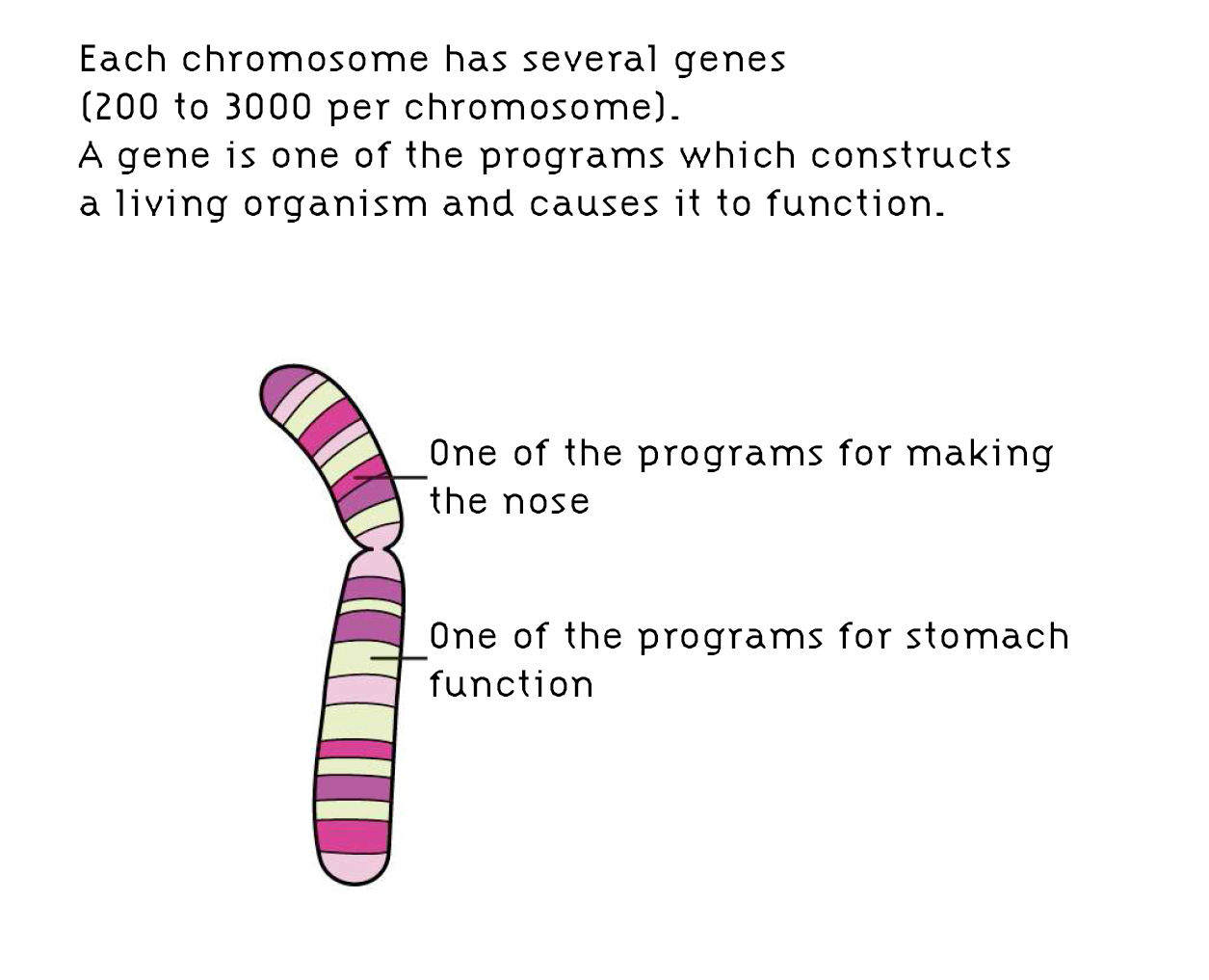 This gene corresponds to a specific trait. It will be decoded by the cell, which will produce a protein as a function of the encoded information. This  protein, along with others, will specify the color of the hair, the eyes, the shape of the face, etc. This is obviously a simplification: we have thousands of genes which interact with each other to specify our characteristics.

Each gene is thus present in two copies, one of which comes from the father and one from the mother. There are multiple versions of each gene, which are called alleles. In general, both alleles are expressed, But some alleles may be dominant or recessive. In the first case, this signifies that this gene will take precedence over the other one. In the second case, the gene will not be expressed unless both of the  copies are recessive. For example, if you inherit a “blue” allele from your mother and a “brown” allele from your father, you will have brown eyes. In order to have blue eyes you have to inherit a blue allele from each of your parents.