Gene therapy is one of the most promising of the innovative therapies. It involves using a gene-drug for therapeutic purposes.

Scheme to be translated soon. We apologize for the inconvenience. 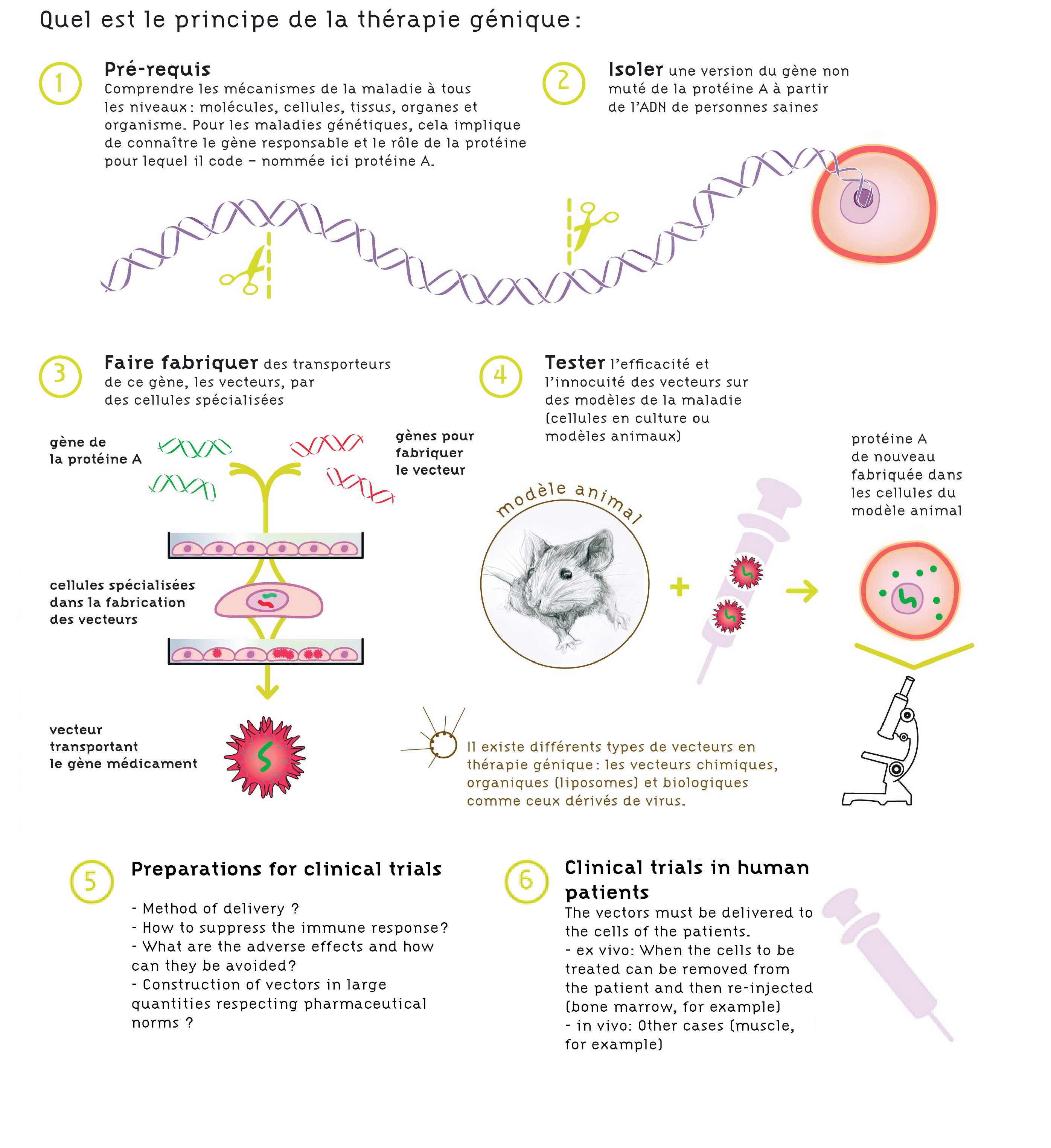 The cells of our body behave like little factories. In addition to other functions they produce the proteins necessary for the proper function of our organism. Pancreatic cells, for example produce insulin, and muscle cells produce dystrophin. Thus the cells of our body manufacture hundreds of thousands of different protein thanks to the plans furnished by our DNA, the famous genes. When a gene is defective, the protein which it encodes is manufactured incorrectly and does not play its role.

To solve this problem, scientists have therefore thought to furnish the cells with a correct plan, without the mutation, i.e. provide them with a healthy gene so that the cells could produce a correct form of the defective protein: this is the principle of gene therapy. Although the theory is simple, it is much more complicated in practice.

In practice it is also assumed that we have figured out the genetic engineering manipulations necessary. We have to isolate the gene-drug and then, if we want specific types of cells to express the desired protein, we have to add a “promoter” to the gene, i.e. a short DNA sequence which regulates the expression of the gene. Then we have to find a way to transport the gene-drug to the nucleus. This is the role of the vector.

For rare and frequent diseases

The first diseases which have profited from research on gene therapy have been rare genetic diseases for which the responsible gene had been identified, in particular the severe immune deficiencies. These are the bubble babies, in which the treatment has proven its efficacy for several years now.

Gene therapy has also produced early results for other diseases:

Gene therapy trials are on the increase and clearly constitute one of the privileged paths towards the treatment of many diseases, including certain cancers.