When certain genes are defective, they may cause diseases which may be mild or serious; these are genetic disorders. 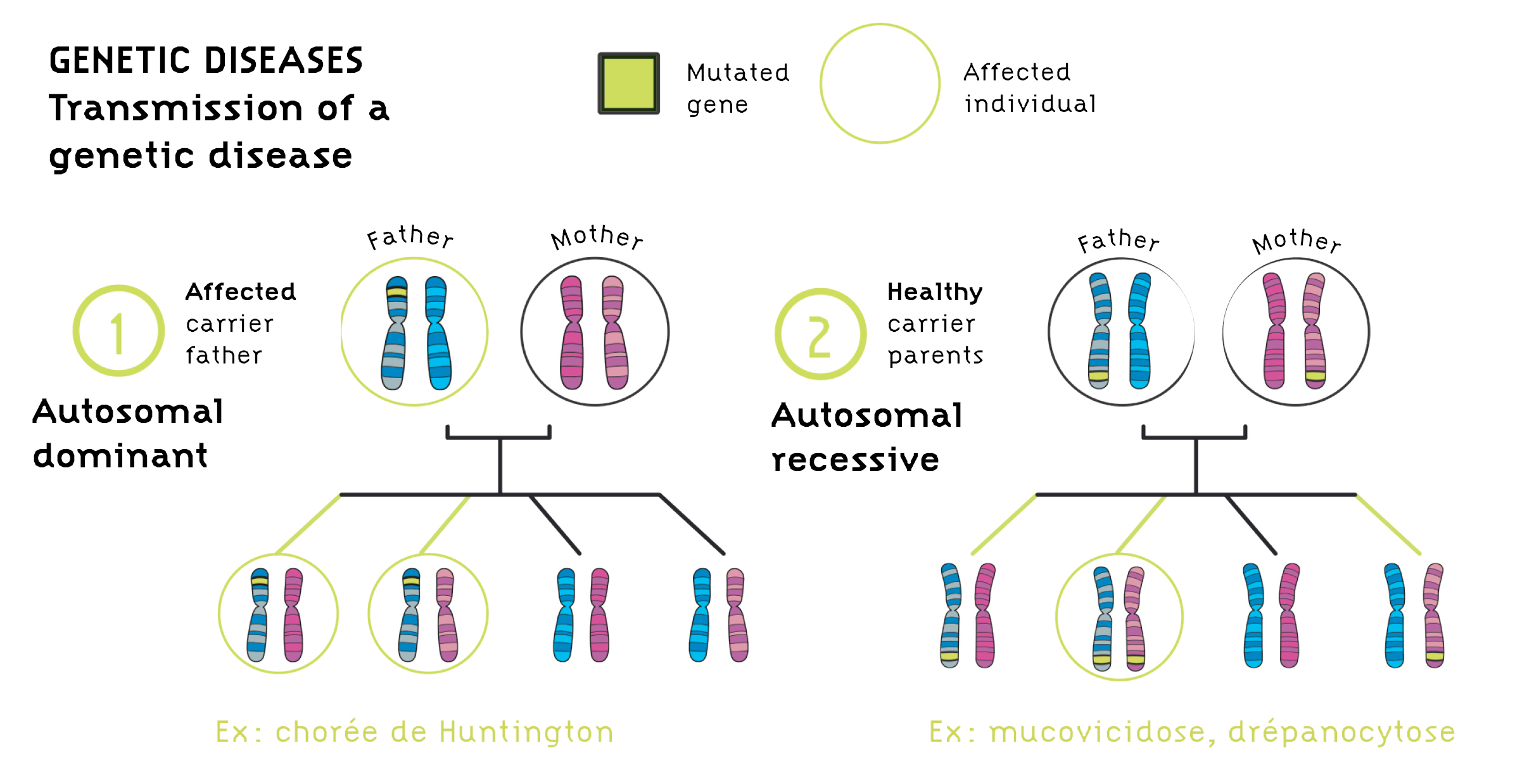 Each gene programs the production of a specific protein. If the gene is altered, the production of this protein is disturbed. It may be absent, or non-functional, for example. And it is this dysfunction of the protein which may cause a disease. These are what we call genetic diseases. They may be mild or severe and onset may be at any age. Thus both color-blindness and Duchenne muscular dystrophy are genetic diseases. By definition, all defective genes may be transmitted to our offspring.

Note: Many diseases which are not totally genetic in origin may be due to a genetic predisposition in combination with environmental factors. The genetic mutation is then one of several risk factors; one can be a carrier of the gene but never develop the disease and vice versa. This is the case, for example, in several forms of breast cancer.