Beyond “classical” gene therapy (transfer of the gene-drug), new techniques are being developed for intervention on the gene itself.

Our DNA does not produce proteins directly. DNA directs the production of a messenger RNA, and this is the molecule which carries the information which will be read to direct the production of proteins.  RNA contains the data which are really useful for producing proteins—this information is found in the exons of the gene. Our organism knows exactly how to use only this information: this process is called splicing. The non-coding parts of the DNA, called introns, are eliminated by the splicing of RNA, which also connects the coding parts, the exons. 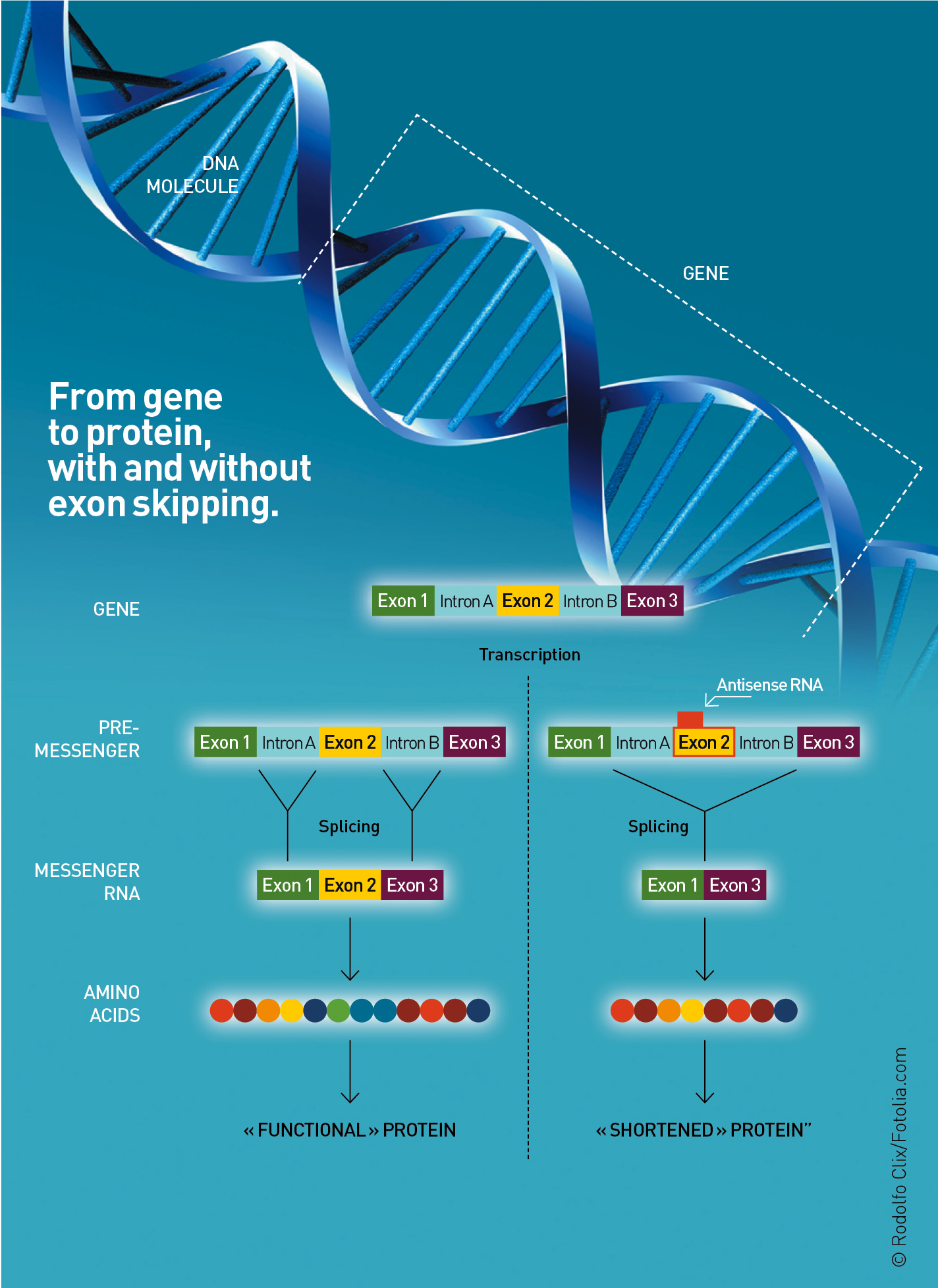 These will be read by the organism for the production of proteins. When a strand of RNA carries a mutation, the decoded messages is not correct, the protein is defective and the person is sick.

Gene surgery thus intervenes at the moment of splicing, and exploits the mechanism of exon assembly to “skip” the exons which contain the mutation, the exons which are not operational. Of course the RNA is shorter than normal, but at least it can be read by the cell. The protein produced is also shorter, but it can be functional. This technique is called exon skipping. The products of molecular biology utilized in this technique are called antisense oligonucleotides or morpholinos. AAV-U7 is a version which has been vectorized for Duchenne muscular dystrophy.